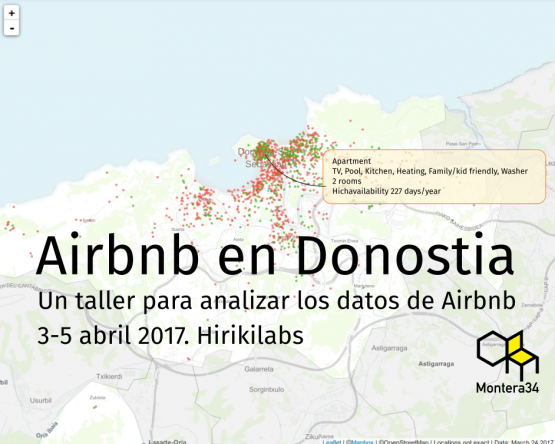 The “Airbnb Effect in San Sebastian” report is a citizen data project produced collaboratively during the workshops at Hirikilabs Tabakalera and coordinated by Montera34.

The first edition of the The Airbnb Effect in dates workshop, held on the 3rd, 4th and 5th of April 2017 at Hirikilabs and coordinated by Montera34, was conceived as a means of managing data as we learned the basics of data visualization and analysis. This meant dealing, unprecedentedly in some cases, with specific tools and working with citizens with different interests and levels of knowledge. Among the participants in this workshop were profiles such as engineers or programmers, researchers, activists, technicians or local managers in the areas of housing and tourism, as well as homeowners who offer services on Airbnb and similar platforms.

As a horizontal experience, the workshop was an example of what we often call collaborative learning, the basis of our workshop program, both for adults (Hirikikas) and for children (Jolabs).

During the three sessions of the workshop, we had the opportunity to carry out a number of different tasks and discuss the different aspects that affect what we have called the “Airbnb Effect”. Interestingly, since the publication of some of the results of the workshop, the concept of the “Airbnb Effect” began to become known. At least headlines defining what was previously considered a punctual phenomenon started appearing.

This detail is one of the reasons why it was decided to approach such a broad topic through a citizen laboratory such as Hirikilabs. Was there really an effect of Airbnb on its environment, in this case Donostia? Or was the appearance of flats dedicated to tourism in 2017 just another phenomenon in the evolution of a city’s real estate stock? Is there a direct effect on the whole of the real estate supply, already scarce in the city, due to the extraction of these flats for tourist use? Based on what we have found in the laboratory we consider that this casuistry, with various conflicting positions and polarized aspects, could be a good way to try to learn about the structure of the data, their objectivity or biasedness o and if they can be useful in the creation of a constructive discussion.

This report on housing for tourist use and the presence of Airbnb in Donostia – San Sebastián was a joint initiative of Montera34 and the digital culture and Hirikilabs, the technology laboratory of Tabakalera.

Open analysis methodologies and the ways of visualizing them.

Where does this report come from?

Municipal ordinance regulating the use of tourist housing

Homes for tourist use

How many homes have been registered in the new ordinance?

THU registered in the Municipal Ordinance vs. Listings on Airbnb 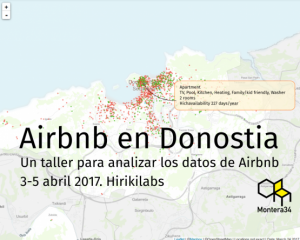 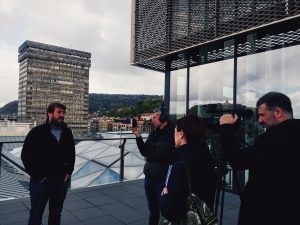 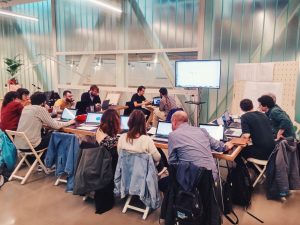 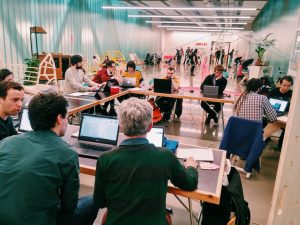 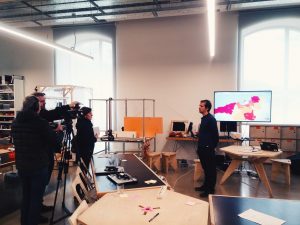 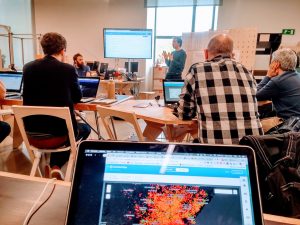 All disign are under Creative Commons CC BY-SA 3.0 Licenses.

All software is relesed under GNU GPL V3 License.