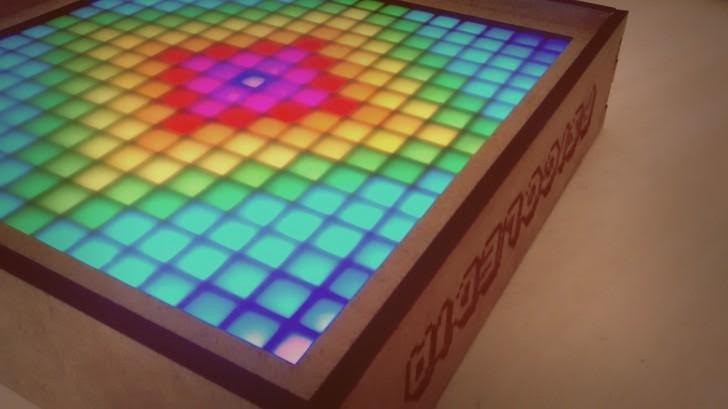 PsycheLEDia project has been developed during the first half of 2014 Hirikilabs and involves the creation of a LED frame, a panel of 16×16 pixels that can be used for different purposes.

The project is based on learning programming LED strips based on Arduino platform and was born as a result of the workshop on Arduino & LEDs given in April 2014 at Hirikilab.

This new workshop will review everything back related on strips of LEDs and Arduino and use the laboratory in order to build a structure with a solid display and aesthetic finish. The development and design of the elements within this project have been possible thanks to the involvement of several Arduino & LED workshop attendants and various LED DIY references distributed in the network. 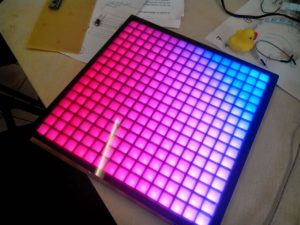 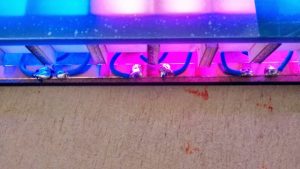 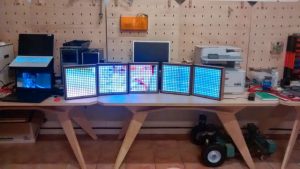 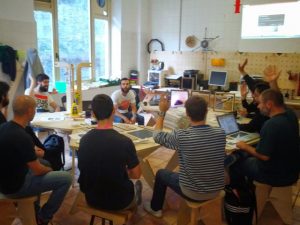 All disign are under Creative Commons CC BY-SA 3.0 licenses.

All software is relesed under GNU GPL V3 License.