This publication is the result of the reflection process carried out by the STEAM1 working group: Laboratories in the educational field, which has been meeting since November 2015 in Hirikilabs.

Group From the classroom to the laboratory

Good practices for the creation of laboratories in the educational field.

The idea of ​​setting up this group has to do with the shared concern about the “stereotyping” of laboratories by the industry. It believes that the educational system tends to forget the hows, why’s and for what’s of the use of technology, both in the humanities and particularly in educational contexts. The group consists of people who have been working in this field and constitute their knowledge from their own practice and experience. They are dedicated to building open educational environments that are based on creativity, discovery and hybridization between disciplinary fields and diverse ways of creating and sharing knowledge.

In the first phase called “Encounter and contrast”, which took place between November 2015 and February 2016, the foundations of the process were laid, a mapping of initiatives was carried out and key ideas were defined in order to describe the approach. The outstanding finding was that technology inside the educational field is understood in a different way than outside of it.

The group decided to open up and cooperate with people who could contribute different experiences and approaches, thus reaching the second phase of the process called “Learning and Visibility”, carried out between March and June 2016. With the double idea of learning and making interesting practices visible for the process, a series of important meetings were held in order to extend the understanding about the phenomenon of “laboratories” in the educational field. It enjoyed the contributions of Margarita Padilla, Danel Solabarrieta, Jokin Lacalle, Jabi Luengo, Paola Guimerans, and ideas and experiences about communities, gender, methodologies, STEAM education were explored.

In September 2016, the third phase of the work process began. It served the purpose of collecting recommendations for good practices when addressing the idea of ​​laboratories in the educational field and organizing them in this publication. Susanna Tesconi acts as a facilitator of this part of the process and aims to articulate the reflection around the following aspects, such as building blocks of the narrative. 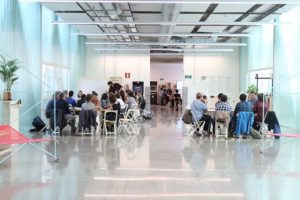 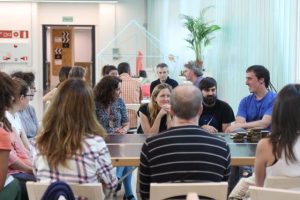 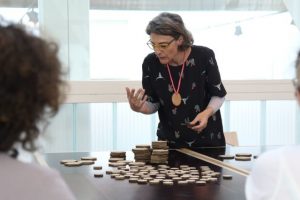 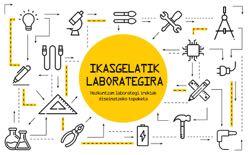 All information about the conferences organized around the project and its presentation, in Makusi, Tabakalera archive.

Participants in the writing of the document:

All designs are under the licence Creative Commons CC BY-SA 3.0