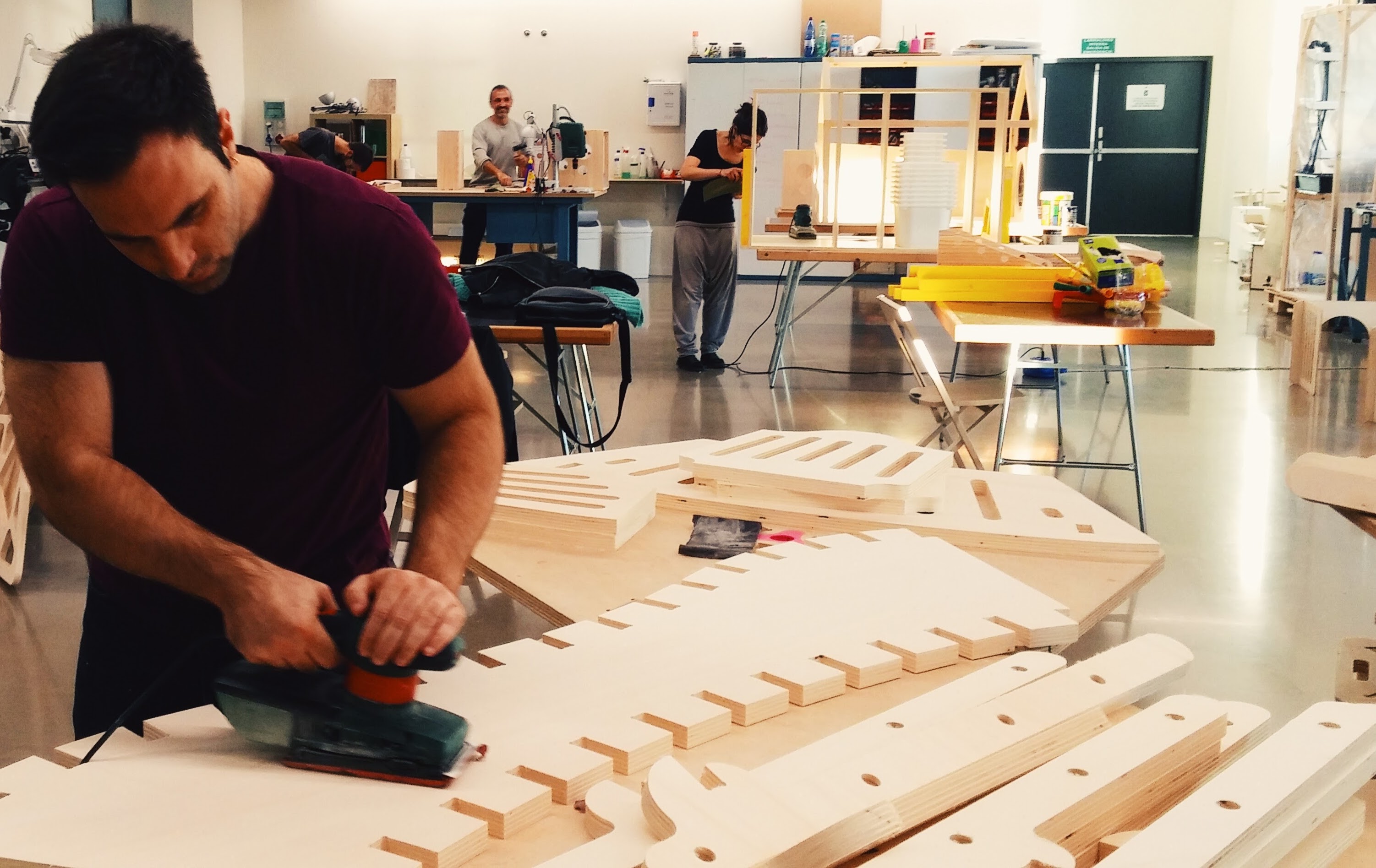 The launch of the Tabakalera project and its subsequent opening in 2016 offered a unique opportunity to think about the building space and the elements that would define it in a shared and collective way between the artists, citizens and workers of the centre, in tune with the principles and production possibilities that the Hirikilabs laboratory, with its facilities equipped for digital manufacturing, would offer.

In the summer of 2013, before inhabiting the renovated Tabakalera building, Hirikilabs carried out a collaborative design process in order to equip its temporary space. This process gave rise to a part of the furniture that has configured the laboratory since then and that began the line of work based on open design.

In the same way, during 2014 Tabakalera began a design process for its future spaces with two groups of architects who devised different elements to equip the building, also adopting modularity and in-house reproducibility as basic principles.

Since then, an annual meeting and open design programme have been organised with the aim of collectively constructing different items to equip both the laboratory and other spaces in the centre. The process involves a series of meetings of the open design group that take place during a limited space of time, with work sessions that allow participants to take part in a process of experimentation and learning about different digital fabrication and design tools. 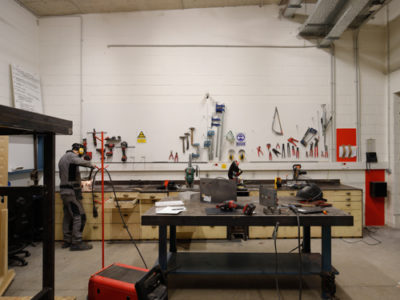 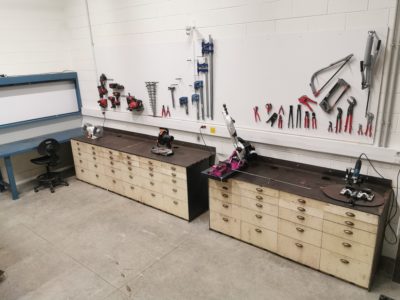 The objective of the project was a storage system for tools and consumables. A closed system where the entering of dust and dirt is avoided, resistant to wear and tear, if not industrial, at least semi-professional. 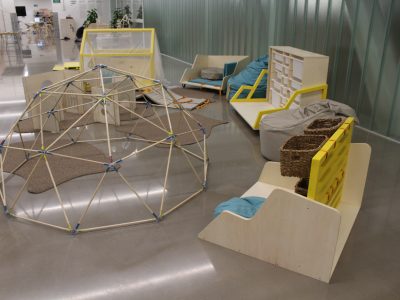 In a participant way, a space is to be created where girls and boys from 0 to 6 can be together with their families. By BE, we mean, playing, experimenting, gathering, sharing and creating, fundamentally building a place where young and old can coexist in Tabakalera. 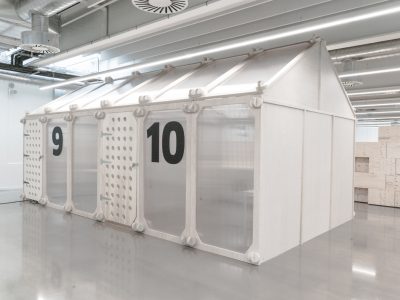 The greenhouse, understood as a place of nurturing for artistic and cultural creation. It attends to a modularization that allows for adaptation to different needs, surfaces and locations in Tabakalera. 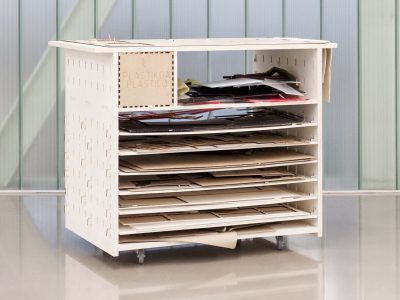 Storage trolley due to a requirement in the Hirikilabs workspace, since there was no suitable piece of equipment in which to store and transport the different materials used in the workshop. 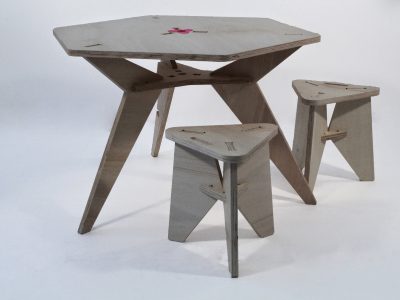 Open Source Furniture designs for the laboratory. The designs are the result of the Hirikilabs construction workshops produced by Tabakalera and DSS2016 during the summer/winter of 2013.